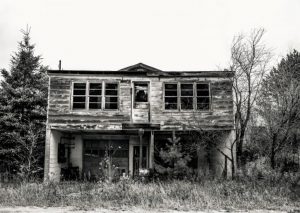 On the outskirts of North Bay sits an abandoned homestead. Occasionally home to squatters, the place is also said to harbour the most dangerous of spirits: a poltergeist. There was another house on the property. Its foundation can still be seen, but is all filled in with metal and junk and stuff. The house, it’s believed, is from the 1910s/1920s period and was perhaps the second such dwelling here. Inside still hanging on the wall is a sign (HOME SWEET HOME) Beaten by the elements but still standing straight and true, one aspect is a slate grey having been heavily bleached by the elements It’s said there were other buildings on the property at one time. Scattered about in the grass is all manner of old metal. Car parts abound, old rims, remains of a car door, stuff we can’t ID but we know it’s auto-related. What’s left of an old truck – we think it’s a truck – rests nearby. Only the frame, cowl and dash and one fender remain behind. An old rail line runs past one end of the property. This stretch of track was put down in the early 1920s and pulled up in the mid-1990s. Now, it’s only an empty gravel track winding down through the bush. 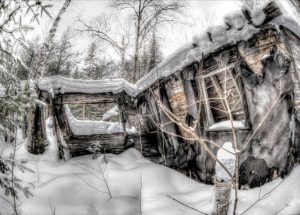 ABANDONDED AND COLLAPSED MAIN HALL. In the late 1800s and early 1900s, farmers turned into lumberjacks each winter, living far from home in isolated log cabin villages. These “winter camps” were temporary, self-sufficient communities of rugged men, whose sole purpose for the snowy months of the year was to “hurl down the pine”. Towering old growth White Pine was a valuable commodity, but the easy-to-get-to trees in the Ottawa Valley and even in the new Algonquin Park, had mostly been cut.Timber companies moved into the Temagami area in the late 19th century, using the waterways to access the forest, and drive the logs to them mills once they were cut. The men of the camps cut down the pine with large axes and long cross-cut saws, and used horses to haul the stacked logs to lakes. The logs would be left on the lake ice until spring, when the ice would melt, the rivers would roar, and the lumberjacks would drive the timber down to the mills. Once the timber was at the mill, the men would return to their farms, abandoning the camps, often building new ones the next winter. 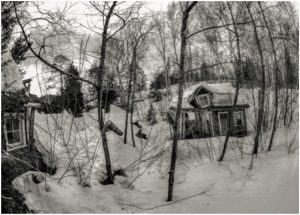 Camp Chimo , located on an island in central Lake Temgami . Built in 1926 by Gordon William Gooderham it was family run for 50 years, the camp had 24 guest cabin a huge main lodge and a dining room that severed dinner to up to 85 people a night . It was sold to a private individual   and then subdivide into 7 cottage lots. Very little remains of the original camp except the lodge and 4 of the Guest cabins. The Dining hall abandoned in the late 80s collapsed from snow load 2 years ago. The building was 200 feet long and 40 feet wide with a kitchen and staff dining room ( 50 x 60 ‘) off the back to service 40 staff. What you see standing is the staff entrance. 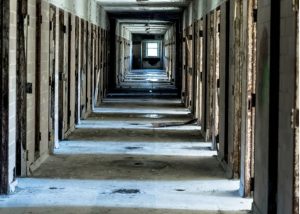 Burwash Prison was located along Highway 69. Once fully constructed, the site had the ability to house 1000 inmates but never reached full capacity. Burwash was a completely self-sufficient town which contained a 20-bed hospital, church, school, staff townsite, power station, post office, blacksmith, tailor shop, skating rink, cemetery, hospital, barbershop and church. [u]The beginning[/u] On September 14, 1914, the Ontario Government passed an Order in Council to establish the Burwash Industrial Farm. Four days later, the new Superintendant Clarance Fletcher Neelands, Sgt. Norman Sydney Oliver and nine inmates arrived at the Burwash Station.The last day of operation was February 13, 1975. Residents of the estimated 175 townsite houses were told they would have to vacate their homes. Some residences took their homes with them – literally. In 1977, a Steering Committee was established by the Ontario Government to recommend possible uses for the remaining prison complex and the 35,000 acres of land. This led to the Federal Government purchased the property in October for $1.8 million dollars. In July of 1979, the land was leased to the Regional Municipality of Sudbury for a goat farming operation to produce mohair. In 1990 the government bid on 8000 acres of land to be used for military training. 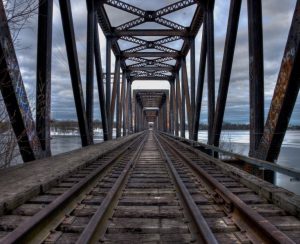 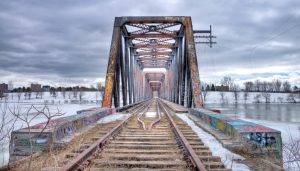 PRINCE OF WALES-he bridge was built by the Quebec, Montreal, Ottawa and Occidental Railway[1][2] in 1880, named for Albert Edward, Prince of Wales. At that time, it was one of the few crossings of the Ottawa River, and was one of the most valuable assets of the line, which was owned by the Quebec provincial government. The QMO&O continued to lose money, however, and it was purchased by the Canadian Pacific Railway (CPR) in 1882, which connected it with their other recent purchase, the Canada Central Railway. This connection gave the CPR a solid rail route from their westward line being built from North Bay to the ports of the St. Lawrence. The Prince of Wales Bridge was joined by the CPR’s Royal Alexandra Interprovincial Bridge in 1901, the second railway bridge to cross the river between Ottawa and Hull. 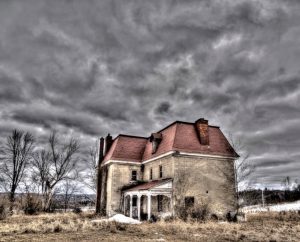 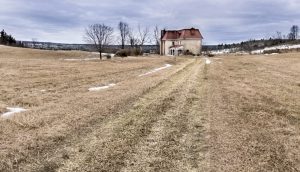 Buck Hill is located in the Ottawa Valley approximately 90 km from Pembroke and nearby to Algonquin Park. It is the location of many reports of ‘spooklight’ activity (see below for an example), which is attributed by some to a ghost story.During the depression and a particularly harsh winter storm a farmer returned to his home and family. He cautioned his wife and young daughter to remain indoors while he went out to fetch some firewood. Upon his return his wife told him that their pet dog had gotten out of the house and the girl had ran out in order to call him back and had not yet returned. The anxious father grabbed his lantern and began to search for his missing child. The family lived on Buck Hill road and the distraught parent searched up and down it to no avail. The young girl had simply vanished into the stormy night never to be seen again. As legend has it the farmer who went mad with grief never gave up his search, and would comb the area nightly with his lantern until his death. Some locals in the area believe his search continues to this very day and refuse to go near this isolated, farm road.

At this time we have no corroborative historical facts that would support the ghost story. However, people have reported seeing balls of light, some at very close range at this location. The ‘lights’ are described to be either white, amber or green and approximately the size of a baseball. Occasionally these lights are bright enough to light up the forested area and will flare up as if increasing in size and luminosity before eventually disappearing. 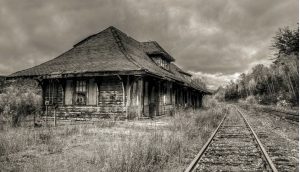 Built in the 1890’s, the Mattawa Train Station served the town on the Pembroke to Mattawa Railway just one section of the Ottawa Valley Railway. The OVR interchanges with the Canadian Pacific at Sudbury, as well as with the Canadian National Railway at North Bay, Ontario, the Ontario Northland Railroad at North Bay, and the Huron Central Railway at Sudbury.In 2012 it was decited to rip up the Ottawa Valley Railway. During our visit in August 2013 the actual project of removing the rails was underway. It would appear that the Matttawa station and yard are being used to store and support the workers removing the rails. It looked like the station was being used as a meeting area and theres was lots of battered rail cars filled with ties and rails that stretched as far as the eye can see. The station it self looked to be structurally sound but was falling into disrepair. Very spooky place! 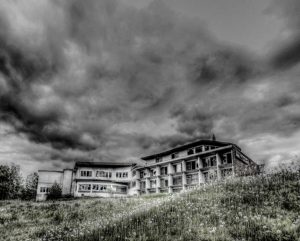 Lookout Inn in Callander, Ontario.The Lookout Inn is located just south of North Bay. It used to be a hotel with a dining area and patio overlooking Lake Nipissing. Operating in the mid 1950s it was closed in the 1980s . The hotel was supposed to be revived in 2005 but plans fell through. The two buildings became a popular destination for vandals over the next decade. It is said to be haunted and there is ghostly goings on . Apparently one of the original owners hung herself in the basement after the tragic drowning a of a daughter. The place closed and was abandoned shortly after .

In the 1990 a new motel was built close by. In 2015 I could find very little information about the hotel itself except that new owners took over in 2016. They repaired one of the buildings and opened Terrace Suites Resort. There’s a golf course on the property which sits between the old and new buildings. It had become overgrown and required maintenance to be reopened along with Terrace Suites. 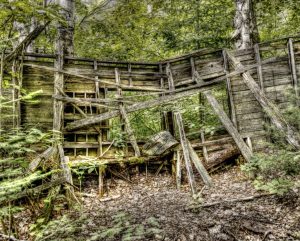 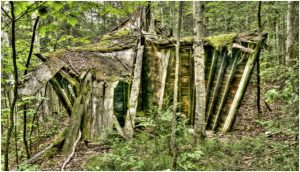 Remains of Old Rio Tinto Camp Scholes . Old kitchen and 6 man outhouse . There was also access to the old mine in the area via the same old logging mining road.Sometime around 1920s the logging camp was operating at the west side of the lake, which are Misa’bi lands. So Old Missabie who was over 100 years old at this time, snowshoed some 20 miles all the way to Bear island to see Chief Frank Whitebear. He told him about the camp and Chief walked there and told loggers to stop cutting.

They did not cut any trees . Recently I visited the place of this abandoned long time ago camp. Its trash and remnants are still visible.”

My PROCESS for Abandoned

is a technique used in photographic imaging and films,to reproduce a greater range of luminosity than what is possible with standard photographic techniques. Standard techniques allow differentiation only within a certain range of brightness. High-dynamic-range (HDR) images are created by capturing and then combining 4 different, exposures of the same subject matter. The ratio between the maximum and the minimum of the tonal value in an image is known as the dynamic range and is often one full exposure stop between images thus capturing highlights and shadows in detail

These are all recently re printed for the exhibition

“I am a photographer, I see light, angles and shapes. Landscape is my canvas, LIGHT IS my paint, my camera is my brush…Imagination limitless!”

I grew up on Lake Temagami, living and then working at historic Camp Chimo, in 1973 the Lake became my permanent home. For more than 40 years, playing, working and raising a family in a place so many call heaven. This life does require a price though, it is hard work and you to have be on your game but the rewards are worth it

I am passionate about the people that make up the living history of Lake Temagami. Through my Elders Portrait Project, funded in part by the Temagami Community Foundation, I have compiled a collection of portraits of the elders that make up the First Nations community, and the Seasonal and Permanent residents of the Lake. I am also passionate about the architectural features of bridges, buildings and abandoned locations as part of local northern history.

My appreciation for the Northern landscape began early in life and the ever-changing elements of land, water, ice, clouds, and sun continue to be main subjects of my work. The landscape, flora and Fauna are always in focus, it is my passion. I am a full time portrait photographer and would be happy to work with you to capture your family gatherings, celebrations , portraits of any style or type. I also do Corporate work such as portfolios and headshots. Common to all of my work is the interplay of light, angles, and shapes; the limitless imaginative possibilities when you relax, look closer and refocus.