At NRCC we are excited to announce that our current exhibition of new works from Polish artists will be held over until November 15, 2022.

The exhibit includes a selection of new works by Polish artists Teresa Zebrowska and Jacek Paciezny. Curated by Leszek Zuber Zebrowski, this exhibition focuses on artists who are applying unique processes in their examinations of the landscape.

Zebrowska’s work employs corrosives to build abstractions of unique beauty that allow mysterious shapes, forms and messages to appear. Hers is a highly colour sensitive gaze that sees through a whole new photographic lense.

Jacek Paciezny’s paintings on paper borrow from a tradition of slightly expressive colour field paintings, but situtates these abstracted, minimized landscapes along busy highways and at truck stops. One feels the dynamism of the place that is contrasted by the moods created by Paciezny, which seem to be fogbound and almost stagnant, as if these arePost-capitalist moments and that these tools of industry are abandoned. 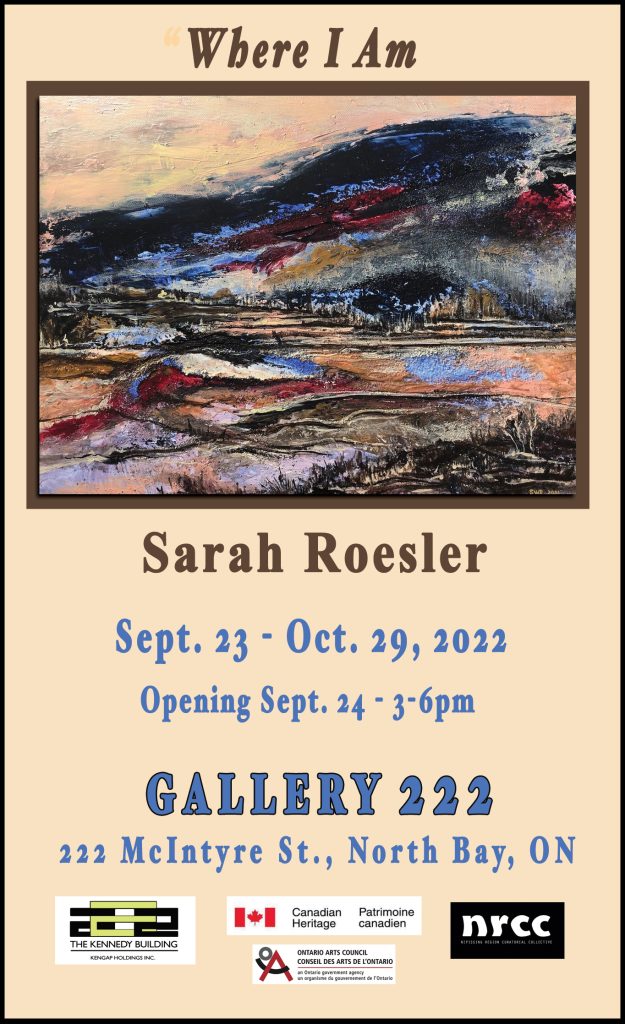 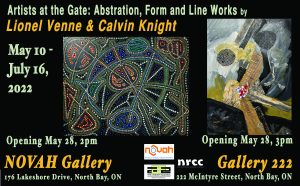 Yassified is an ongoing project by Canadian artist James Fowler which looks at various aspects of contemporary culture through a queer lens. It takes its name from a social media term, coined in 2021, which means ‘to apply beautification filters to an image’ and has since been coopted by the queer community to describe interventions of straight cultural artifacts, fashion and practices, using queer aesthetics. To date the exhibition, Yassified, includes two bodies of artwork: ‘Hunty’ and ‘BARCODE.’

Fowler is proud to return to North Bay, his hometown, to present this new work for the first time at NOVAH Gallery. The exhibition runs from January 22 to February 18, 2022.

On the surface both bodies of work seem light, bright, decorative and playful, but the messages underlying these works bring to mind much weightier concerns. By applying queer culture aesthetics, these interventions are meant to subvert and disrupt hetero-normative expectations, particularly for men. As a whole, Yassified seeks out places where toxic masculinity is fostered (sports, business, military, religion), takes up space within these contexts, and asks the question: ‘If we release men from the pervasive and toxic cultural identifiers, objects, behaviours and rules, can we create an opportunity for changing the discourse within that void? The show further questions, what are our roles and responsibilities in interrogating and dismantling the patriarchy.

Hunty is a series of bright orange hunting balaclavas hand embellished with paint and glitter to resemble the make-up of drag queens and pop-cultural icons. They are a reflection on the toxic masculinity entrenched in hunting culture and serve as a challenge to signifiers of masculinity through cultural mapping.

The balaclava has become a symbol within activist cultures, creating safety through anonymity. The institutions that support patriarchal masculinity expect this same anonymity of men by virtue of their uniforms and peer group behavioural codes. By applying individual characteristics to each balaclava and placing them in shadow boxes lined with fabrics associated with both fashion and hunting cultures, the heteronormative masculine standard of individualism is destabilized, creating space for conversations about positive masculinity and its place in gender equality.

BARCODE is a collection of 70 coloured bandannas, hand embroidered with marketing slogans and taglines from various consumer products and services. They are a cheeky critique of the corporate sponsorship of gay events and the roll that sponsorship has played in the erasure of “sex positive” aspects of gay culture.

‘Flagging’ has been used since the 1970’s by gay men to signal their (often sexual) penchants and particularities. Coloured hankies were worn in either the left or right back pocket to signal to other gay men the wearer’s wants and intentions. Known as the ‘Hanky Code’ each colour represented a different desire. The hanky code grew to include 60+ colours, various fabrics, and objects. While flagging had faded in popularity by the mid-nineties, the hanky code has enjoyed a recent resurgence through queer art discourse and those interested in preserving queer histories.

As the gay civil rights movement gained traction in North America, corporations owning consumer brands began leveraging Pride events to market to this new untapped market. This support, in the form of sponsorship or participation fees, comes conditionally. Most brands, concerned with their public image, want to only include family friendly versions of gay culture.

Embroidery, often used in queer themed textile and fibre art, is employed to symbolize how brands have attached their identity to gay cultural events. In response, I have subversively selected brand slogans that match each desire according to the hanky code, often with humorous outcomes.

James Fowler’s practice as a visual artist is well complimented by his curatorial pursuits and community involvement with Toronto’s LGBTQ communities. He has a Bachelor of Arts degree in Film and English from York University, an early career background in photography and has maintained a full time studio practice in Toronto since 2008.

Seeing a need for visual arts programming during Toronto Pride, in 2010 James founded the 10X10 Photography Project, an annual portrait exhibition featuring ten Canadian LGBTQ photographers, and celebrating one hundred queer Canadians who have contributed to the arts. To date he has curated ten 10X10 exhibitions, produced ten photography books, worked with a hundred LGBTQ+ Canadian photographers and collectively captured 1000 portraits of Queer Canadians in the arts.

Fowler has produced several queer content exhibitions and events including: ‘NUIT ROSE’ an annual multi-venue queer art and performance festival in Toronto; ‘Gaybourhood’, a series of painted aerial views of international gay neighbourhoods using colour palettes of boy’s toys and kid’s television shows from the 1970’s; ‘Hunty’, bridging North American hunting and drag queen cultures as part of the Intergenerational Artist residency in 2019; and Queering Space: Investigating LGBTQ+ identities through the use public and private space.

The NOVAH Gallery is an NRCC Art Programming and Presentation Project. For more information on exhibitions, Calls for Submissions and how you can get involved in Gallery events visit: www.thenrcc.com/novahgallery

Gifts of Joy and NRCC AGM

Hey Friends of NRCC and fellow artists! If you would like to join us live and in person for the Annual General Meeting...we'll be at 176 lakeshore Drive at 3pm this Sunday. Look for us in Room 12. AND PLEASE drop in from now until Dec. 21 to view GIFTS OF JOY, our Solstice Art Celebration at NOVAH Gallery, 176 Lakeshore Drive.

If you would like to attend the meeting virtually...drop us a line at nrcc2014@gmail.com and we'll send you the Zoom Invite.

Nipissing Culture Days 2021 is happening on Sept 24-Oct 24. The official opening is going to be on Sept 24, Friday at TD and the #11 Parking lot, Downtown North Bay. The Long&Mcquade’s Gateway to Diversity Festival hosted by Gateway to the arts and in partnership with NRCC will be having its Parking lot party on September 26, 2021, @ 10-6 pm, the same venue as the opening. On the 26 at 12-3:30 pm are the Pop-Up Picnic and Cultural games during the InterCultural Fun Day at the grounds of North Bay Museum. Our closing ceremony will a virtual event. Stay tuned for more information on this.

We're excited to announce the confirmed line-up for World FusionFest performances slated for September 18th from 1-7 pm and to publish the updated poster for the event. Please share this poster with your friends. This is a FREE MUSIC EVENT sponsored by the City of North Bay, many Downtown businesses, and the Department of Canadian Heritage. It features local and regional performance artists and musicians. The event will be held in three venues; The lot (near Guardian Drugs at Downtown), Big Medicine, and Good2go. For more information,